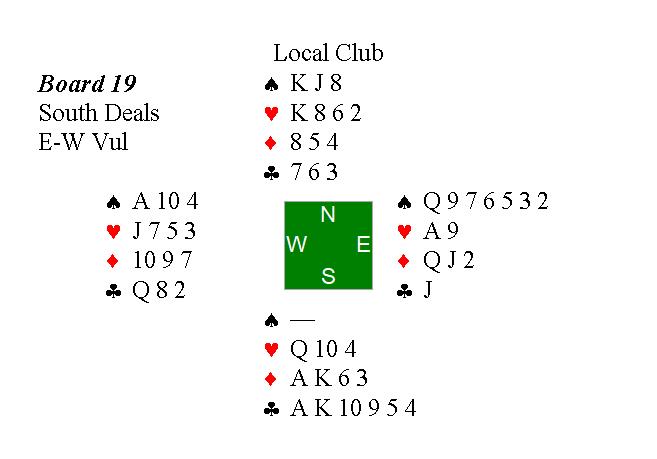 The final 3♠ contract by East went two off, when declarer played a small spade towards dummy (losing to both the ♠J and the ♠K). East now called the Director.

East somewhat irate, now told the Director that he would have played the spades differently if he had not been mis-led by South’s remark, and also South should not have given an explanation.